Experiences in preventing and combating violence against elderly people 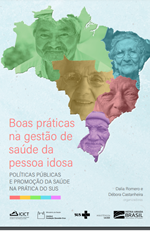 Since it is difficult to identify a real number of elderly people who are victims of violence, it is essential to establish a partnership between different organizations and professionals, and different areas of intervention, in order to effectively assist, refer, and accompany these elderly people. who suffer from violent episodes.

The project raised from the need to “expand care for the indigenous elderly, previously very restricted to villages”.

In this sense, this experience aimed to sensitize and/or train professionals to be more effective in their role in providing support to the elderly who are victims of violence and prevent these situations from happening again to them or to others.

This study also became important because it allowed for a greater awareness of the elderly who experienced a situation of violence, with regard to their social rights.

With the implementation of 3 different lessons, it was possible to conclude that the effort to develop an intersectorial work is essential to provide preventive actions and effectively support cases in which elderly people suffer from episodes of violence.

The study was delivered between 2013 and 2014 in 4 different regions of Brazil: Tabatinga, Caxias do Sul, Rio de Janeiro and Recife.

It was based in 3 different lessons, with different objectives but with a relationship between them:

·        Lesson nr 2: notification of suspected or confirmed cases of violence against the elderly and the importance of training professionals

The 3 different lessons were implemented in the different regions mentioned above.

Lesson nr 1, a teamwork was formed with representatives from all sectors that worked for the rights of elderly people, giving support for the promotion of health and developing a support network.

Lesson nr 2 focused on the training and awareness of health professionals for the effective report of situations of violence against elderly people in their System. Professionals had team meetings to discuss reported cases of violence and effectively refer them to the most suitable services/organizations.

In Lesson nr 3, elderly people had an active voice and had the opportunity what works best and not, in their assistance in cases of violence.

Brief description of the outcomes

Professionals that participated in the study could understand that it is important to establish strong and effective networks between them/their organizations, to develop and implement awareness actions to support elderly people who suffer from violence against them.

From the Lesson nr 1, it was possible to conclude that community empowerment allowed people to have greater control over their health and their rights/living conditions.

The Public Ministry joined efforts to define articulated strategies to receive, treat and monitor cases of violence among the elderly.

Regarding Lesson nr 2, it was possible to understand that the number of reports increased a lot and revealed that there is a need to increase intersectoral articulations to ensure that all elderly people are socially protected.

In Lesson nr 3, it was possible to analyze that elderly people were more aware about their rights and open to ask for help for them or for other elderly people who suffer from violent episodes. It was also possible to understand that they need more accessible and suitable physical places and they feel lack of privacy in their appointments, which is an important aspect to take into consideration when talking to a victim.